The right choice for Grapevine 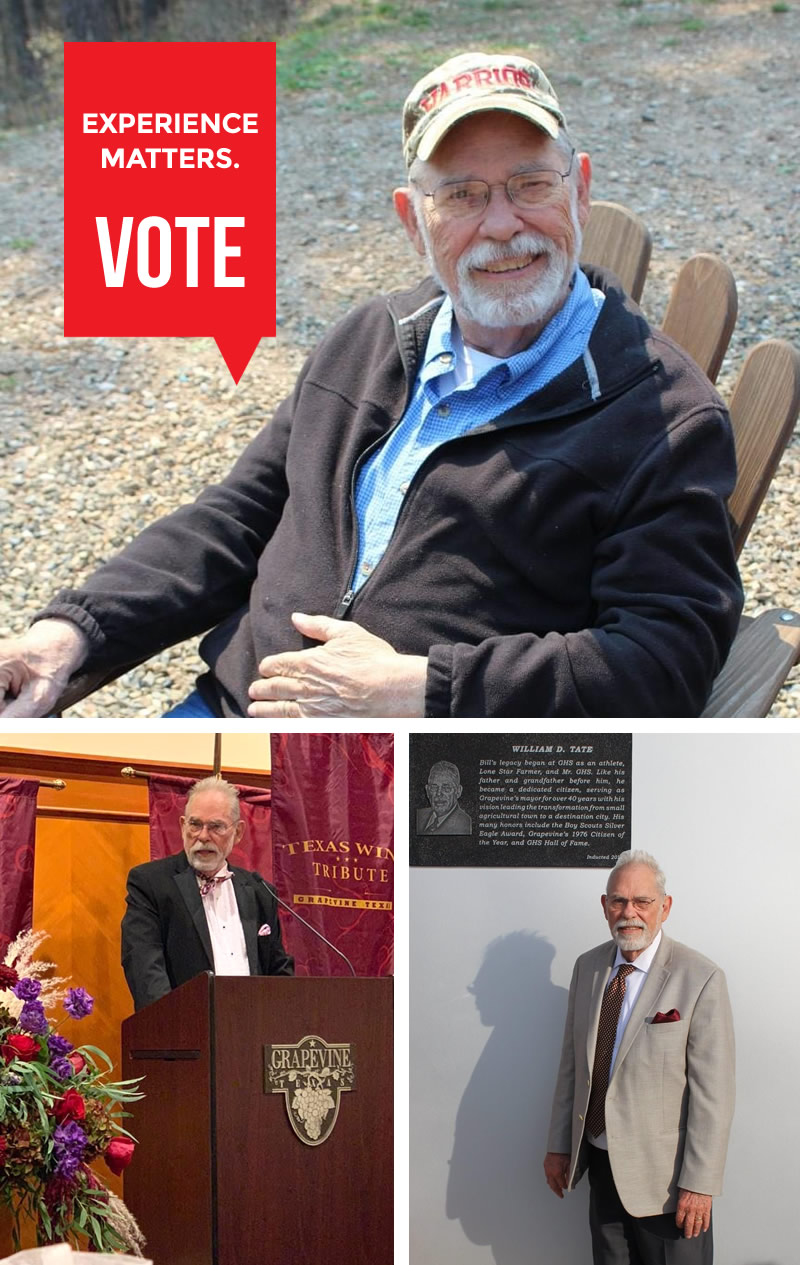 William D. Tate was born and raised in Grapevine, Texas. His parents owned a hardware store on Main Street, where he learned the value of honesty and hard work. Those guiding principles carried him through high school and college, where he pursued degrees in business and law. Mayor Tate began his service to Grapevine as City Attorney from 1969-1977. He was then elected to the Grapevine City Council in June of 1972, and subsequently elected Mayor in June of 1975, service until 1985. Mr. Tate was re-elected Mayor in 1988 and has continued as Mayor since that time.

Grapevine residents expect an experienced leader to guide them through these challenging times, there is no better candidate than Mayor William D. Tate.

Mayor Tate has watched Grapevine grow from an agriculture center to a recreational center, a transport center, a retail center, and now a hospitality and entertainment center. He has served with vision and purpose, leading the council, staff, and a legion of volunteers in the design and construction of this city.
Bill and Betty Tate have been married for over 50 years and have five daughters and fifteen grandchildren together. He is proud of his family and the long standing heritage of faith and service to this community.